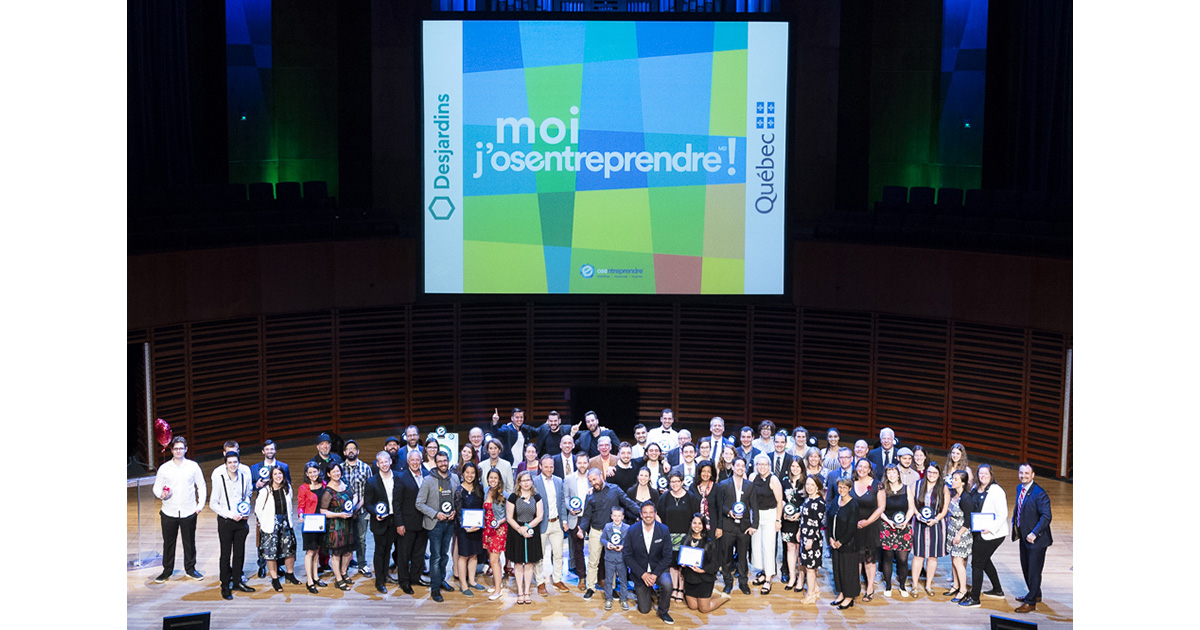 Québec, Wednesday, June 13, 2018 – Creativity, pride, commitment and excitement were in the air at Québec City’s Palais Montcalm as the 20th OSEntreprendre Gala honoured its provincial prizewinners. Throughout the evening, which was co-hosted by Honorary President Charles Lafortune, 600 guests were inspired by the unparalleled enthusiasm of young entrepreneurs from the 17 regions of Québec.

The OSEntreprendre Challenge, with its 51 000 participants this year, has three divisions. The Student Entrepreneuship Division recognizes students from elementary school through to university by encouraging the development of an entrepreneurial spirit. The Business Creation Division recognizes new entrepreneurs in their first year of operation. The Successful Business Inc. Division highlights the inspiring journeys of former participants.

In all, 34 provincial prizes were awarded (click here to see the list), representing a total value of over $200 000. This sum was in addition to the $500 000 already distributed at the local and regional finals of this 20th edition of the Challenge. Special guests included Dominique Anglade, Deputy Premier and Minister of Economy, Science and Innovation; and Marie-Claude Boisvert, Executive Vice-President, Business Services, at Desjardins, the event’s presenting partner.

“For 20 years, thanks to the extraordinary mobilization of a host of stakeholders from the education, economic and social communities, the OSEntreprendre Challenge has recognized over a million people who have succeeded in bringing their ideas to life. Together, we are helping the spirit of entrepreneurship to flourish in Québec, and to become, for many, a lifestyle, a way to act on their beliefs and to thrive as individuals,” said Manon Théberge, President-Director General of OSEntreprendre.