Last June, Julie Noël, then the local OSEntreprendre Challenge representative for the city of La Tuque, prepared a thank-you speech in case she won the 2021 Local Stakeholders Involvement Prize – Business Creation section*. OSEntreprendre reached out to Julie, and would like to share with you some of the high points of our talk with this motivating and inspiring woman.

“In La Tuque,” she began, “we are proud of the entrepreneurs, businesses and intrapreneurs working in our community.” By we she meant primarily the local media, “formidable allies” who, without any prompting, started to promote the OSEntreprendre Challenge along with the local, regional and provincial prizewinners from the city.

For greater impact, this promotion campaign was aligned with that of the Scholastic section. From press releases and print advertising to social media posts and radio interviews, no means was overlooked. According to Julie, more targeted actions, like telephone calls and company visits, were also directed toward entrepreneurs who stood to gain the most from the OSEntreprendre Challenge. And, with the Doing Business Together section, she saw an opportunity to rally even more businesses than usual.

At the end of the registration period, the committee fastidiously kept the participants informed throughout the selection process and provided them with any necessary support. For example, “we practised their pitches with them” before they went on to the regional level. “It’s easier, of course, to take a personalized approach because, even if we are a big city in terms of area, our population is small. The participants are like my neighbours!,” she joked, exaggerating just a little.

“I wanted to create a group of La Tuque representatives and have them feel proud as a group.” And what better way could there be to create a feeling of belonging to the movement than by asking the mayor of La Tuque to award to the entrepreneurs, in person, meticulously printed certificates in the frames provided by OSEntreprendre. “Inviting other socioeconomic stakeholders is also among our best practices! If our local prizewinners go on to the regional or provincial levels, the buzz can be heard everywhere!”

When Julie was asked why she submitted her name for the Local Stakeholders Involvement Prize, her answer was clear: “To showcase some of the great things that are taking place in La Tuque but, above all, because mobilizing, inspiring and promoting have the greatest impact when we do them together! Thank you to all my colleagues in La Tuque!” 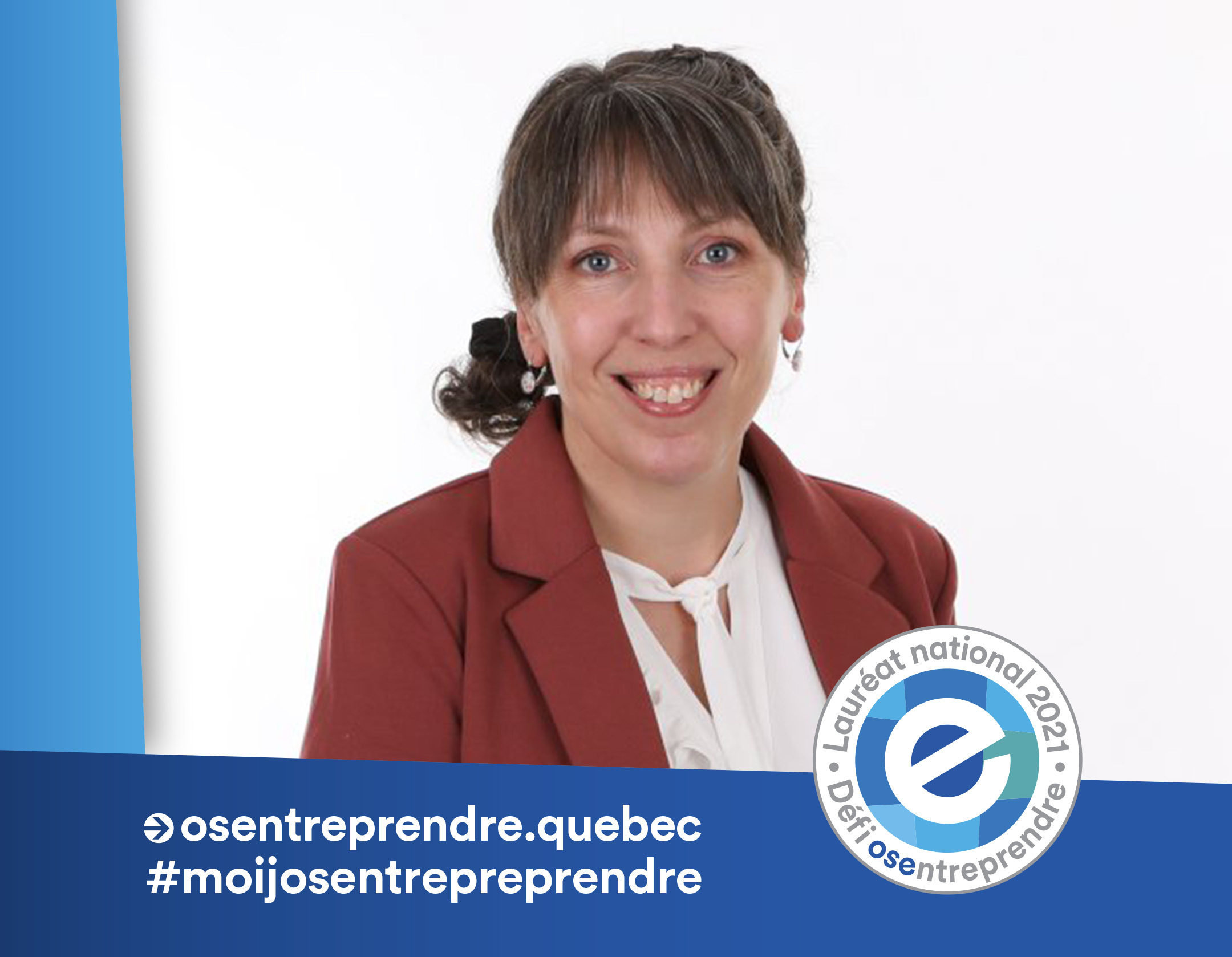 *The 2021 Local Stakeholders Involvement Prize – Business Creation section recognizes and showcases the commitment and mobilizing practices of the local OSEntreprendre Challenge representatives. In each of Québec’s 17 regions, a prize is awarded to the local individuals or committees who excelled in various ways during the edition.